A detailed look at the 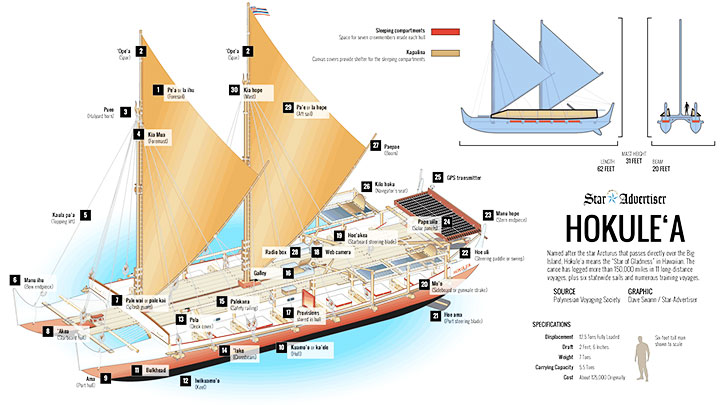 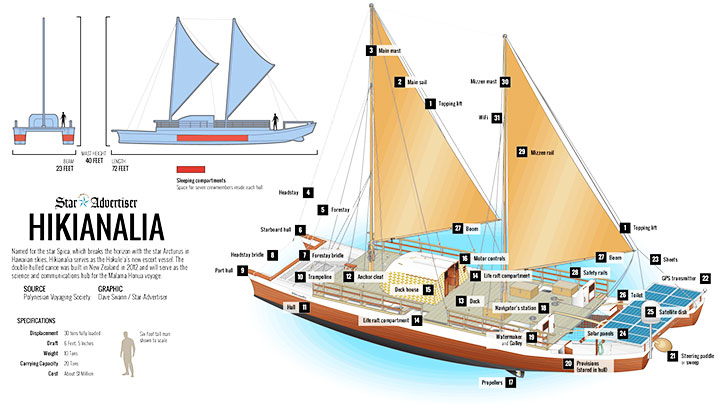 Select your preferred viewing style.
Headlines Only
Most Recent

Hokule‘a to sail into Pearl Harbor

For the first time in the Hokule‘a’s 42-year history, the legendary canoe is sailing into the waters of Pearl Harbor as part of its ongoing “Mahalo, Hawaii Sail.” Read more

Hokule‘a sails to Kauai for three days of events

Nainoa Thompson and his history-making Hokule‘a crew will be recognized with peacemaker awards at the 10th anniversary of Peace Day Hawaii, from 2 to 7:30 p.m. Saturday. Read more

Hokule‘a returns to its origin to say ‘mahalo’

Two months after safely returning from what the University of Hawaii’s president called an “audacious, bold and slightly crazy” voyage around the world, the Hokule‘a is venturing back to where it all began. Read more

Former President Bill Clinton paid a surprise visit to the Hokule‘a at Sand Island on Sunday, about a month after the Hawaiian voyaging canoe’s return from its three-year journey around the globe. Read more

Former U.S. President Bill Clinton toured the Hokule‘a at Sand Island today, about a month after the Hawaiian voyaging canoe’s return from its three-year journey around the globe. Read more

The Hokule‘a’s Malama Honua voyage on water has ended, but organizers look to continue the mission on land starting with a three-day summit and festival at the Hawai‘i Convention Center that concludes today. Read more

Hokule‘a sails back into Hawaiian waters after its historic journey around the world. Read more

Thousands of spectators gathered at Magic Island on Saturday to cheer the Hokule‘a and its safe return to Hawaiian waters, after the traditional sailing canoe wrapped up the longest and most ambitious voyage of its 42-year history. Read more

After circumnavigating the globe on a mission to spread aloha, one last critical mile remained. Read more

Once in a generation or lifetime. That’s how many people at Magic Island on Saturday described the welcoming return ceremony for Hawaiian voyaging canoe Hokule‘a after its three-year worldwide sailing tour. Read more

Lasting pledge to nurture the health of our lands and oceans

Now that Hokule‘a’s Worldwide Voyage is ending, our next journey begins: keeping our Promise to the Pae ‘Aina. Read more

Voyage inspired many worldwide, and the mission’s just begun

The Malama Honua Worldwide Voyage has created a path for collaboration founded on ancient knowledge that compels me to add my voice to the chorus of hope that this historic journey has orchestrated. Read more

This is Hawaii’s voyage. We couldn’t do it without Hawaii behind us, and we are forever grateful to the thousands of people from across the fabric of society who supported Hokule‘a and Hikianalia on this voyage, whether it be through donations, research, preparation, training, time, encouragement or prayers. Read more

Hokule‘a achievements a reflection of all involved

Warm congratulations go out to every person, be they crew members or involved behind the scenes, for taking part in Hokule‘a’s sensational round-the-world voyage navigated by the stars. Read more